Life has a way of veiling our vision so that we are unable to clearly see who we are and who we were designed to be. Our sight gets blurred by life’s experiences. The resounding voices declaring that “you are not good enough,” “you will never become anything,” “you are nobody,” “you will never be anybody,” “you are stupid,” etc., repeats perpetually in the recordings of the mind. These echoes of despair paralyze the slender nerve of effort to achieve. Leaving us laying on the sidelines begging for a handout. The menial contributions further break our spirit causing us to hesitantly plead with closed eyes. However, if we could look again and muster the courage to remove the veil, then we will astonishingly be able to see our worth and abilities.

Our worth without the shadow of a doubt far exceeds the problems that we face. And our abilities are far beyond the thundering sound of naysayers. We were created with innovative and creative abilities that we have not begin to tap into. However, it requires us removing the veils. Remove the veil of doubt. Remove the cloud of fear. Remove the veil of insecurities.Remove the veil of what your mother or father said. Remove the cover of labels that were placed on you. Remove the veil of stagnation. Remove the mask of procrastination. Remove the veil. Peel off one layer at a time until your vision is clear.  We need to remember that we were created in His image and in His likeness.  He took time out to carefully construct every intricate fiber of our being. After construction, He breathed into us. His breath is assurance that we possess His attributes and characteristics, albeit we are imperfect. This simply means that have the same innovative and creative abilities flowing through our veins. And since those abilities flow within us we need not sit back and beg for bread. We should get up and consistently work on our dream. Prodd away one step at a time until we see it manifest before our eyes.

Remember there is nothing to fear but fear itself. That which you hope to accomplish is waiting for you to put in the work. Dig if you must and do not quit. Never forget you have been commanded to be fruitful and multiply and subdue. Rise up and conquer that which is yours.

In my Captain Planet voice “THE POWER IS YOURS!!” 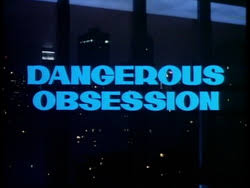 Having desire and passion is a good thing as these are necessary to propel us to achieve success.  However, sometimes if we are not careful we can become obsessed with things, people and even places, which hampers us from seeing clearly and making good decisions. This is because all of our thoughts are consumed by that which we desire. This state of being if not checked will lead to our demise.

The Bible tells a story about a man named Amnon who was in love with his brother’s sister Tamar. This feeling of love soon developed into obsession as she was all he would think about.  He was so desperately obsessed that he became sick and it was evident that something was wrong.  His thoughts became skewed as he thought he would never be able to have Tamar. With the help of a “friend,” he devised a plan that would allow the king to send Tamar to his house to make food for him and feed him.  After she had made his meal, he sent his servants away and asked her to feed him. When she attempted to perform his request, he grabbed her and began forcing himself on her. She pleaded with him not to do this evil thing but instead advised him to ask the king for her as she was certain his request would be granted if that was what he desired. He would not give heed to her advice, however and raped her. His obsession would not allow him to hear the good reasoning. He was blinded by his dangerous obsession.

After he had done this evil, he hated her more than he loved her and had her thrown out of his house. Her brother saw her crying and hid her but hated Amnon because of what he did to his sister Tamar. Eventually, Tamar’s brother killed Amnon because of what he had done to his sister Tamar. Had Amnon not been so dangerously obsessed with Tamar he would not have been killed by Tamar’s brother.

Today ask God to turn the search light within your heart so that whatever has caused you to become obsessed can be addressed before it leads to your detriment.

Prayer: God today I ask You to help me to acknowledge the things, places or people that have consumed my thoughts. Empower me to release the pain of the past and accept healing for the present. That which has hampered my growth in You I ask You to strengthen me to walk away from it. Open my eyes that I may clearly see that the things of this world that I have been dangerously obsessed with are not worthy to be compared with the things of the Kingdom of God. Empower me to flee from the allurements of this world that will captivate my spirit and eventually cause me to die. I commit my thoughts into Your hands and ask that You help to think only on things that are just, honest, lovely and of a good report.  Help to think upon things that adds virtue to my life and give praise unto You. Amen.

In hot pursuit of who You are

Seeking Your face and not just the blessings of Your hand

Acknowledging my need for so much more of You

Your character and nature

My eyes affix to You

My ears attuned to heaven’s frequency

My desire is to daily be transformed

By the power, You have given to become

Therefore. I intensify my prayer life and the reading of Your word

While additionally, putting on the armor stipulated

So that I can stand no matter what I encounter

So I will continue to fiercely pursue You

Until I awake in Your likeness

Who else but God can make crooked paths straight?

Who else but God can dry up rivers and seas?

Who else but God can mend a broken heart without surgery?

Who else but God can keep you alive in a burning furnace?

Who else but God can keep you alive in a den of hungry lions?

Who else but God can quench a thirsty soul?

Who else but God can give peace that passes all understanding?

Who else but God can set shrubs on fire, and the bush is not consumed by the flames?

Who else but God knows your uprising and downsitting?

Who else but God can satiate every desire?

I could go on and one but I say None

None to all of the above.

via Daily Prompt: None