Sometimes it seems like the trials you are going through is going to destroy you. They come at you from various angles swiftly. The sudden blows sucker punches the air from your lungs, leaving you curled up in a ball squirming and unable to breathe.Every time the impact of each blows lessens, and you manage to stagger to your feet, without notice you find yourself once again face down to the ground. This leaves you not wanting to muster up the courage to stand up again to fight.

Sometimes you even question in your mind whether or not it has a purpose. But I’m here to remind you that nothing in your life happens haphazardly.  Every step and every situation has been purposefully designed. The trials you face are just to purify, cleanse and refine you. God’s objective is to make you clean and shiny. He is ensuring that you become more and more like Him. Guaranteeing that you are without spot, blemish or wrinkles. Yes, you were created in His image, but His nature is being developed in you. He does not want you to be just a form without power. As such, the pressure comes so that the oil can flow. So that when you see yourself and others see you they can’t help but give Him glory. Be encouraged your trials are a part of the process of you being a reflection of God! !!! 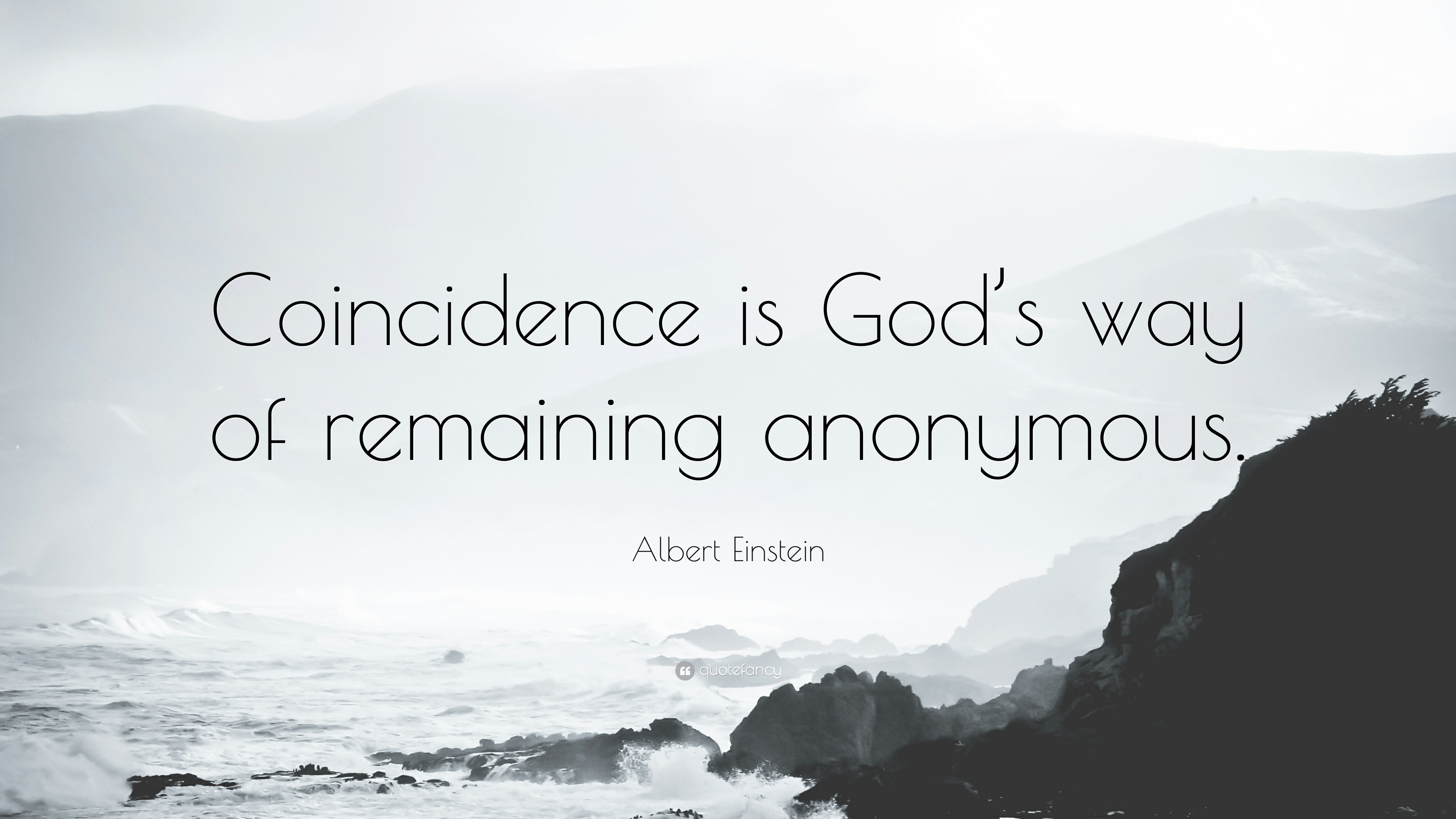 Making my way through the fogs of life.

But as I trodded along I stumbled upon You.

Was it a coincidence?

All the while You orchestrated my every step.

Until I came to the place where we met.

I must confess I have never been the same,

As You turned all my pain into gain.

You traded my sorrow for joy

I gave You my pieces, and You gave peace.

You provided refreshing and restoration as the need arise. 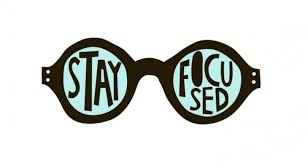 At the onset of pursuing our dreams, we are usually very spunked. However, as time progress we tend to lose the initial level of enthusiasm as we may not have accurately calculated the cost of pursuit.  Less and less effort is exerted to accomplish something that once consumed every waking thought.  Nevertheless, to achieve the desired outcome then we need to get back on track. Our goals need to be realigned to the center of our focal point.

It is the plan and work of the enemy to prevent us from accomplishing our goals through various forms of distractions (loss of loved ones, ridicule, discomfort, shame, poverty, discouragement, sickness, challenges, obstacles, etc.). Nevertheless, I dare say, STAY FOCUSED! Stay focus on the prize and not the pain. Focus on the pleasure to gain not the injury. Shut out the negative voices that echo with cynical remarks as it pertains to your abilities. Remember no one knows your true potential except God. Let your dreams be anchored in Him. Do not get caught up in focusing on your current environmental conditions. Where you are now is not where you will be forever. Storms don’t last always. Seasons will change. Mornings will come after every night season. And in case you forget joy is a by-product of the mornings.

Pull up your bootstraps and press on. Put blinders on if you must, so that you can stay focused.

There is none whose power or strength can be compared

Great and Omnipotent is He

He is bigger than any box our minds can construct

There is power in His name

The righteous runs in and they are safe

His name is a strong tower

He has all protective power

He is the God of all gods

He is indeed mighty.

We are often of the persuasion that to be blessed then we have to receive all of that which we desire.  However, this concept is extremely twisted and needs realignment. Quite contrary to the popular belief even a crumb can be a can be a huge blessing.

A story was told in the Bible of a woman who was in need of her daughter being healed.  She was not of the fold of Israel and knew that going to ask Jesus for healing was a huge risk. Nevertheless, she did not allow her fears or the consequences of her actions to dissuade her from obtaining her goal.

After mustering up the courage she went to ask Jesus to heal her daughter. To her surprise, after being ignored she was slapped with a seemingly insulting comment (“it is not meat to take the children’s bread and give to dogs”). Although her instincts told her to forget about what she desired she brushed them aside, swallowed her pride and continued to press for that which she desired the most. Her response was quite alarming to Jesus. She said, “true Lord but even the dogs feed on the crumbs that fall from their master’s table”.  He, in turn, granted her request.

Decisively I place my feet

In the footsteps that You have engraved

Along the pathway, You have laid

I am now clearly aware that I am the called

Therefore, I no longer give tentative efforts

As without a doubt, I know there is a prize to be gained

I no longer focus on the strenuosity of each trail

Because I now know there are really strength revealers

Therefore, I steadfastly push against the winds

Until I come before Your glorious presence

Awakening and realizing that I have been transformed

Into an exquisite reflection of Your image. Amidst the doom and gloom

There comes a ray of hope

Extinguishing the vehement flames of darkness

It emphatically declares without words

That glorious victory is ahead

This is because the Lord of Host

The God of the Angel Armies is fighting on your behalf

So stand still and see His salvation

Knowing He is an undefeated champion

Yes, your battle has been extremely hot

But don’t be alarmed only remember

The hotter the battle, the sweeter the victory

You are frontline to a spectacular view of victory

Life has a way of presenting circumstances that if we are not careful can clip our wings thus disempowering us from soaring to great heights. These wing clippers come in the form of losing (job, home, loved ones, cars, etc.), disappointments, discouragement, etc. They often come without warnings like a tsunami or earthquake. These circumstances often leave us feeling broken and like there is no hope or need to carry on. They force us to live in cooped up like chickens. However, we were never designed to live that way. We were formed and fashioned by the Creator to live like eagles that soar.

Eagles were never meant to live in chicken coops. They were made to fly at heights where no other bird can go. They were even designed to fly above the storms. Whenever storm clouds are setting in they would get excited because they use the storm winds to lift themselves higher. Eagles recognized that the storms of life came to assist them in getting to heights that they may not be able to get to themselves without the force of the winds from the storm. They have the storm bring it attitude as they know they can handle any storm as their Creator would not give them more than they can bear.

There are times, however, when these magnificent creatures get weak. In their time of weakness, they do not roll over and die. They instead they go to a higher place. If it gets weak, it goes to a high place on the mountain and plucks out its feathers and knocks its beak off until it is completely bare. He stays there until new feathers are grown.  The higher place that they go to is a representation of the secret place that we need to go in God and remain until we have been completely refreshed and renewed. It represents the intimate and honest relationship we need to have with our Creator.

I say to you don’t hang around with chickens as you are not a chicken regardless of what your circumstances tell you. You were created as an eagle with the ability to soar. Yes, they will talk about you, but that is because they are jealous of the liberty you possess. Afterall, they can’t really fly, and they are confined to a coop. Spread your wings eagles and soar. Rise above the criticisms, back-bitings, backstabbing, brokenness, etc. Be who you were designed to be. Don’t be confined by the coop others and circumstances try to trap you in, break off that beak, pluck out those feathers that are old and weighing you down.  Lay aside every weight that easily beset you. Retreat into God so that He can show you exactly what you need to do. Listen only to God’s voice and be obedient. Remember the storm was not sent to destroy you, it was meant to help you get to new heights. So soar as you were designed to and enjoy the picturesque view.

Sometimes when faced with a difficult situation you may feel powerless and afraid. Everything around may seems hopeless and cause you to be in despair. These circumstances may cause you to want to curl up in bed or in a corner and cry.  Or even worst you may be praying  like Elijah did asking to die as you are surrounded by doom and gloom. However, I dare to say all is not lost. There is still hope. There is someone that you can look to who can change your circumstances and life for the better. All you have to do is shift your focus and allow your vision to be realigned.

In those moments you should turn eyes to the only one that is able to deliver in difcult times. He the one that is able to rescue when the enemy comes in like a flood. Cry out to God in prayer like Asa did and watch Him cause your enemies to scatter before your eyes and the impossible become possible. He acknowledged that God is the only one that can help the powerless against the mighty. He knew that God was willing and able to help. He also believed without the shadow of doubt that God would deliver. Won’t  you be like Asa, cry out to God and trust Him today! !

Elevation begins with your mind being transformed

Allowing your eyes to be realigned to the true source

But only by the spirit of God

It is not your earthly connections that will do it

But rather your connection with the Spirit

Your mind may be playing tricks on you

Causing you to think that it will not happen for you

But let the shift begin with knowing who you serve

Knowing that there is nothing impossible for the all powerful

Promotion will not come from the east or west

It is God who raises one and puts down another

Don’t focus on the obstacles before

Speak His promises aloud so that your faith can increase

Working behind the scenes to elevate you beyond your wildest dreams.