Whether or not we want to admit it there are things we carve especially in moments of vulnerability. If we decide that we are going to exclude things from our diet, then our bodies begin to crave the exclusions. It seems like everywhere we go that the things we decide not to consume are the only things that are available. They jump out at every angle ass if they are begging to be consumed. Sometimes in the avoidance process, we become so vulnerable that we cave into the demands.  Much effort has to be exerted to stick to our new diet.

As it is in the natural realm, so it is in the spiritual realm. There are things that we crave and often struggle as the enemy of our souls have a way to show up armed when we are most vulnerable. He comes and offers that which will satisfy our appetite whenever we are most hungry. Truth be told this often poses a challenge as the temptation to satisfy such cravings is seemingly overwhelming but know that we should not partake as the consequences of such actions will be too great.

Often we are misguided into thinking that the temptation(s)  of the enemy is just on a large scale basis. As such, we often guard ourselves against the “big sins” (fornication, murder adultery, etc.a great) attack and overlook the “little sins” (malice, envy, strife, worrying, doubt, gossiping, people-pleasing, etc.). We tend to forget that a little leaven will have a  significant impact on the whole.  Did I just include people-pleasing? Is that even a sin? Yes it is a sin! Galatians 1:10 posed the question “am I now striving to win the approval of human beings, or of God?” Sometimes we become so caught up in becoming accepted socially that it clouds our judgment.  And anything that is put before God is an idol. But we will delve into that more deeply another time.

So how do we overcome these cravings? Well, we are often misguided into thinking that avoidance is all that will be required. We try to convince ourselves that if we ignore these things, then they will just vanish. However, more effort is needed to overcome things. To overcome something by definition is to succeed by dealing with it. There is no way to ignore and overcome. So how can we overcome? Lets cut to the chase – we use the word of God.

Sounds simple right? It is somewhat harder than we think because of our perception of the Word of God. This is because we generally perceive the Word of God as a light to our path (which it is)  and not as the weapon that it is (two-edged sword). Whenever we view the word of God as only light to our path, we miss its real power. That is because when you are traveling in the wilderness, the torch (which gives light) is also used to ward off insects and reptiles that will attack (a weapon). Therefore, our perception of the word of God needs to be broadened.

Jesus knew that the word of God was a weapon. Therefore,  when He was tempted by Satan in His most vulnerable state, He drew the sword (the word of God), wield it skillfully and cut the enemy to pieces. The word of God was the best weapon available to defeat the tactical schemes of the enemy. It empowered Him to overcome the cravings of His flesh.

Have the walls of your mind’s eyes been expanded to see the word of God as more than just light? Do you know what the word of God has to say about that which you crave? Are you capable of wielding its truth skillfully to your defense?

Prayer: Lord, please remove the scales from our eyes as it pertains to Your words. Cause the minds of our understanding to become enlightened. Help us to recognize that it is in knowing the truth of Your word that we will experience true freedom and victory. Empower us to study Your word so that we be able to pick up its sword and practice with it until we are able to overcome whatever comes our way. Thank You for reminding us that we can be victorious and overcome our cravings.  Amen. 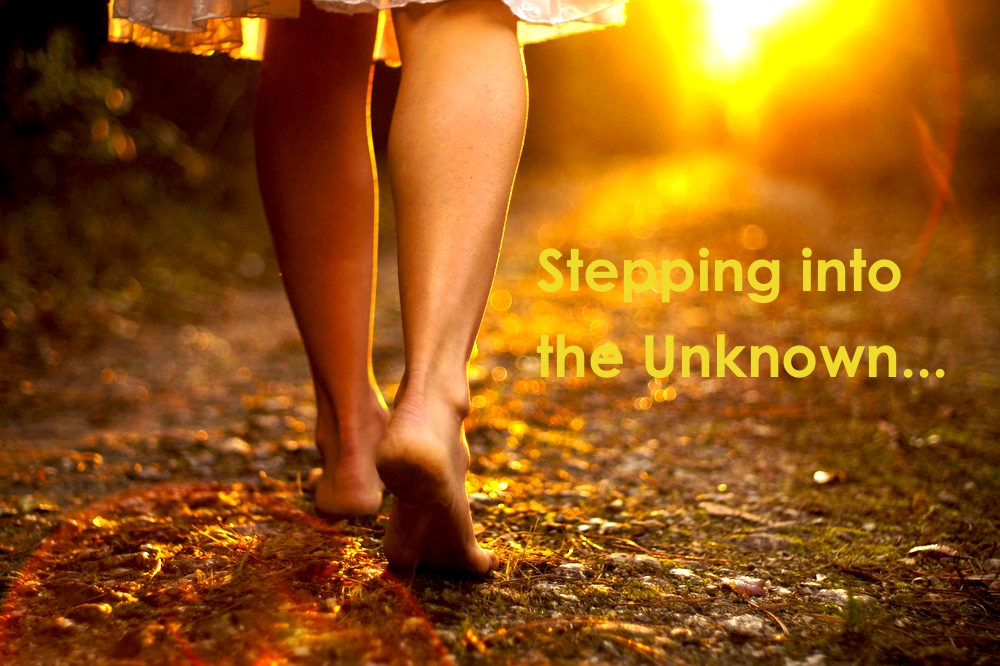 In the Bible, we read about a young woman called Ruth who after suffering the loss of a loved one still clung to God and walked into the unknown. She made up her mind that she would follow her mother in law back to her homeland. Her mother-in-law tried to persuade her not to because she believed she had nothing more to offer her. Nevertheless, Ruth declared emphatically, “entreat me not to leave thee, or to return from following after thee: for whither thou goest, I will go; and where thou lodgest, I will lodge: thy people shall be my people, and thy God my God.”

Ruth was completely unaware of what she was walking into. She was not familiar with the land, its customs or its people.  Notwithstanding she was trusting God to keep her safe and guide her footsteps into the unknown. The outcome of stepping into the unknown with God was beyond her expectations. She became the wife of a very wealthy man, a man of prominence (Boaz) and had children. She was also able to turn her mother-in-law’s sorrow into joy. Additionally, it was through her lineage that Christ came. She was given quite a legacy because she entrusted her life to God and stepped into the unknown with Him.

Looking at your life right now you may not be where you had hoped. Your life may have been filled with disappointments and broken dreams. You too like Ruth may have encountered loss and you may feel there is no reason to carry on. Those who surround you may be encouraging you to remain in your place of loss. They may be encouraging you to play your life safe and remain in your comfort zone. However, life only begins when we step out of our comfort zone.

What unknown situation(s) are you faced with? Are you allowing fear to cripple you from stepping into the unknown?  Do you have the courage to go wherever God leads so that you can receive the blessings that He has in store for you? Are you willing to step into the unknown with God?

Prayer: God please help us to be willing to let go of all our inhibitions and entrust our lives completely to you. Break off all the limitations from our lives and everything that will leave us feeling incapacitated. Breathe your strength and joy into our lives. Help us to recognize that as long as you are with us then there is nothing to fear. Empower us to walk confidently into the unknown with you, knowing that we already have the victory. Amen.